April 4th 1970. The day my parents met each other. She was sitting at a café with her friends while he was at the next table. When he looked at her, he said to himself “what a beautiful woman!”. He couldn’t resist so he went to the waiter and told him to serve a chocolate cake to her friends and another one for her with a whipped cream heart on top of it. When she saw her cake, he waved at her and smiled to her. She smiled back while all her friends were sneering. She went to his table and they started talking. That was enough to start a great love story! It was love at first sight for both of them!

June 5th 1971. The day they got married. She was gorgeous in her white wedding dress with a white lily in her hair! He felt that he was the luckiest person in the whole world!
October 11th 1971. The day my mother found out that she was pregnant. My father hugged her and told her that she had made him the happiest man. Their life was like a fairy tale.

May 2nd 1972. The day I was born and the day my mother died… The doctor told my father that her wife gave birth to a healthy girl but unfortunately she passed away due to childbirth complications. My father was unable to feel anything, he was staring at the doctor…

I have some of your photos, some of your jewels and dad’s memories of you. Nothing else. These things are the only things that bring me close to you….
I named my daughter after you. Dad says that my daughter’s character is similar to yours. She also has the same beautiful green eyes like you.

I want you to know that dad never got married again. He says that you were the only one for him and that he cannot love anyone else like he loves you. For him, you are still alive and he prefers to live in his own imaginary world with you…

With all of my love, 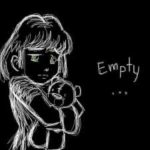